It is one of football’s super stadiums. It’s huge, it’s iconic, and it just has to be visited. It is the San Siro in Milan. The San Siro isn’t actually the stadium’s official name. San Siro is the name of the district the ground is located in. AC Milan and Internazionale are residents of Stadio Giuseppe Meazza, named after the Italian World Cup winner of the 1930s who played for Inter and, briefly, Milan. However, it’s known throughout the world as San Siro. And that fame comes from its size, its construction - and helped in no small way by the success of the two clubs that call it home. Work on the stadium began 90 years ago although the stadium you now see really came to fruition in 1990 ahead of the World Cup finals when it hosted six games. Inside the previous two tier arena gained an extra level of seating on three sides – extending the fourth would entail buying land from the Ippodromo horse racing track next door. Outside 11 concrete towers were constructed, walkways and stairwells to take the fans up to the dizzy heights of the third tier. Four of them supported the new roof – the distinctive red girders stick out of the top. Those renovations saw the stadium become all seater. Back in 1990 this gigantic stadium held 85,000 – now new seats have replaced the ageing ones and that capacity has been trimmed back to a still impressive 80,018. I took in a match from the upper level – and it’s an experience. You will find yourself peering down to the pitch through perspex glass and the occasional smoke flares. If you want to have a better view then a seat on the second tier is a better bet. Fans of

It is one of football’s super stadiums. It’s huge, it’s iconic, and it just has 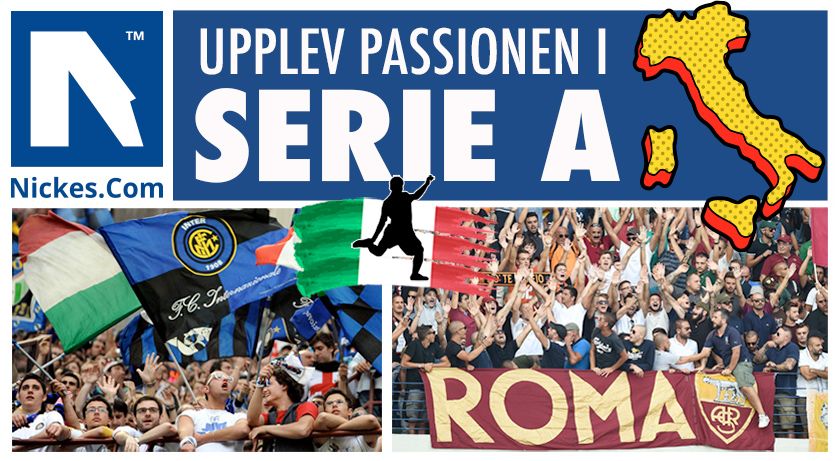 Nu är ligorna i Europa avgjorda. Nu tar vi på Nickes.Com sikte på nästa säsong och vi gör det med hjälp av Jim Stewart som skriver om de fyra stora ligorna och varför vi ska åka dit. "I always look forward to the first day of the new football season. It’s like the beginning of a new drama. Who knows how the story will play out? The first few matches are always something special. It’s August, and even in England the sun is usually out. Well, sometimes! The long wait for football is finally over. Before the game the pubs and beer gardens around England’s grounds are packed with football fans in sunglasses, shirts and shorts, brimming with hopes and expectations for the months ahead. Can anybody guess what will happen in the English Premier League in 2016/17? Nobody saw Leicester’s dramatic title winning campaign last time around.  But this time, with extra revenues pouring into the league from ever bigger TV and sponsorship deals, a whole clutch of clubs will have dreams of securing a Champions League place. The magic of the Premier League comes from the passion pouring down from the stands. Many clubs have been playing in these built-up locations for more than a century, in the heart of towns and cities. With virtually every stadium packed to capacity for every game, and the fans right next to the pitch, the atmosphere is incredible. You have to experience it to believe it. All the big cities will have one club playing at home each week, and in London it’s common to have three or four Premier League games every weekend. Staggered kick off times means there is every chance for doubling up and seeing two games!  Intresseanmäl dig till Premier League 2016/2017, klicka här! The biggest crowds